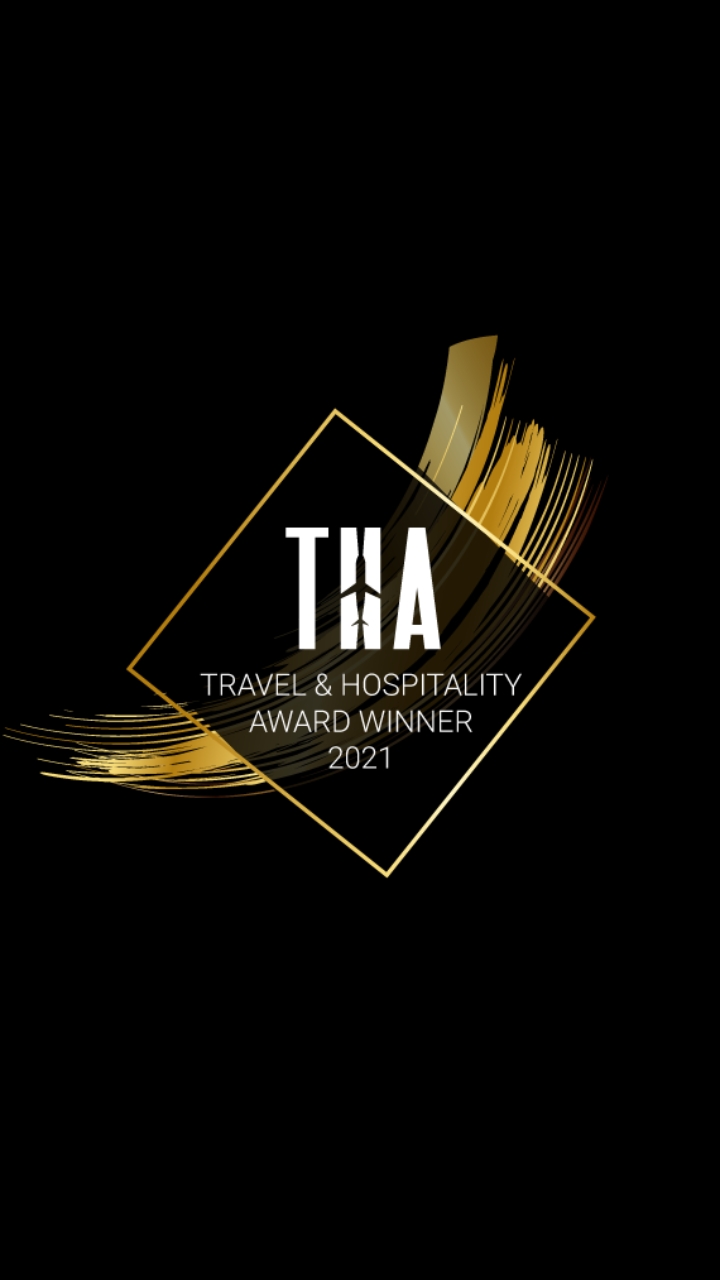 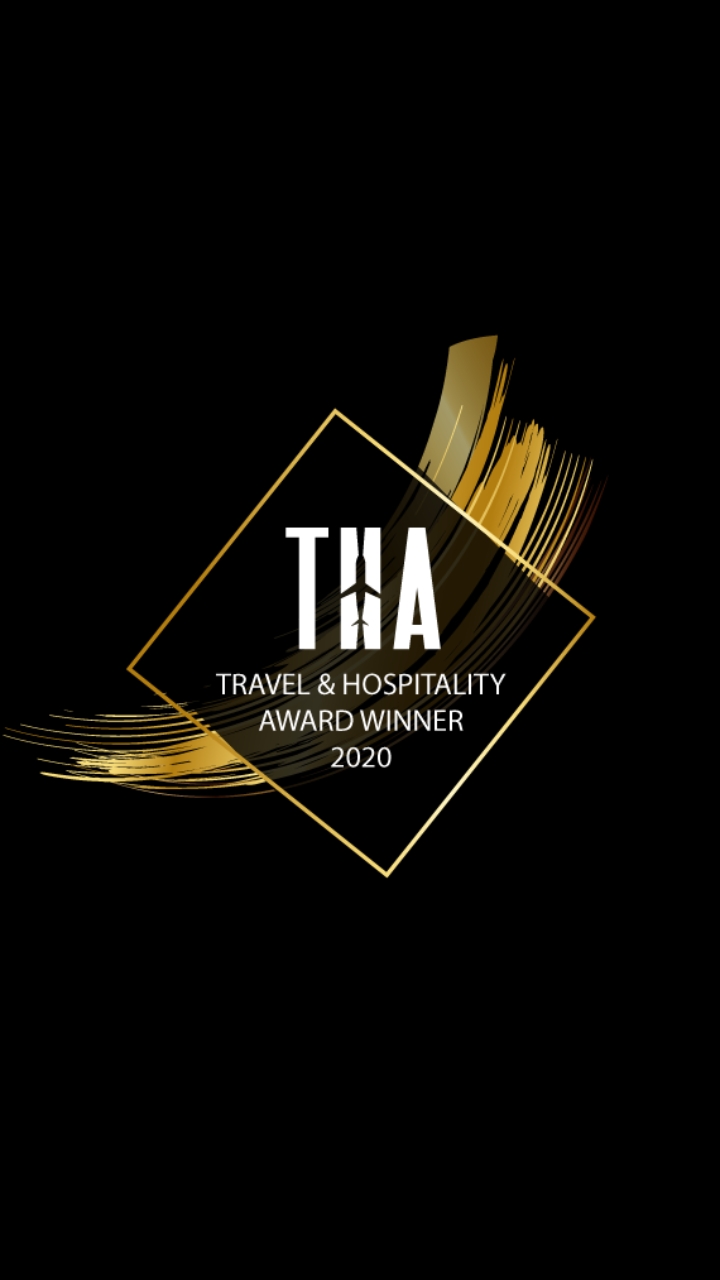 As you probably know our judging panel began the selection process last week, this is an ongoing process and all the winners haven’t been finalised. However for your region we have a come to a decision. I am pleased to say that Lucky TAXI Kotor Montenegro has been selected as our winner for; Transfer Company of the Year in Montenegro

Congratulations! The next step is to accept and select one the 5 options and confirming that you are happy to be published in the winners guide and on our website. You also have the opportunity to purchase additional promotional coverage, or trophies and display items to showcase.

The history of Kotor

Kotor is a coastal town in Montenego. It is located in a secluded part of the Bay of Kotor, one of the most indented parts of the Adriatic Sea. It has belonged to Venice, Austria, France and Russia, while in the period between 1391 and 1420 it was an independent Republic. The old Mediterranean port of Kotor is surrounded by fortification built during the Venetian period. Four centuries of Venetian domination have given the city the typical Venetian architecture that contributed to make Kotor a  UNESCO  world heritage site. Kotor is the administrative centre of Kotor municipality, which includes the towns of Risan and Perast, as well as many small hamlets around the Bay of Kotor, and has a population of 22,601.

The history of Perast

Perast is an old town on the Bay of Kotor in Montenegro. It is situated a fifteen kilometers northwest of Kotor and is noted for its proximity to the islets of St. George and Our Lady of the Rocks. Near Perast there are two islets: one is called Sveti Đorđe (St. George) and the other Gospa od Škrpjela (Our Lady of the Rocks), and each has a picturesque chapel. Gospa od Škrpjela is particularly interesting given that it is the only artificially-built island in the Adriatic, with an area of 3,030 m² — it was built upon a rock (Škrpjel) after two Venetian sailors from Perast found a picture of the Virgin Mary on it in 1452.

The history of Risan

Risan is a town in the Bay of Kotor, Montenegro. It traces its origins to the ancient settlement of Rhizon, the oldest settlement in the Bay of Kotor. While the Krivošije karst plateau that hangs steep above the narrow shores of Risan bay receives over 5000 mm rain annually (European record), several strong karst springs that form a short brook collect in the narrow cultivable belt at Risan. The earliest mention of Rhizon dates back to the 4th century BCE, as the main fortress in the Illyrian state where Queen Teuta took refuge during the Illyrian Wars. Five mosaics are the most valuable remains of that period - not only for Risan but also for  Montenegro.

The history of Tivat

Tivat is a coastal town in southwest Montenegro, located in the Bay of Kotor. As of 2011, its population was 14,111. Tivat is the centre of Tivat Municipality, which is the smallest municipality by area in Montenegro. Boka has captured many writers of travels from England, Germany and France, among them: Padget, Lamb, Fraser, Gilles Verne and Pierre Loti. American Boyd said: ”God made the world in six days, and on the seventh day he took his time and created this fjord under Lovcen.” The inlets near Prevlaka, as well as the localities of Župa and Kalimanj, provide great conditions for the construction of marinas and yachting clubs. Canadian businessman Peter Munk bought a naval shipyard in Tivat, intending to transform it into a luxury vacation resort and a marina for luxury yachts called Porto Montenegro.

The history of Budva

Budva is a Montenegrin town on the Adriatic Sea, the center of Montenegrin tourism, known for its well-preserved medieval walled city, sandy beaches and diverse nightlife. Budva is 2,600 years old, which makes it one of the oldest settlements on the Adriatic coast. A catastrophic earthquake struck Budva on 15 April 1979. Much of old town was devastated, but today there is little evidence of the catastrophe – almost all the buildings were restored to their original form. Budva is well known regionally as the capital of nightlife of the eastern Adriatic. The first discothèques in Budva started to emerge during the 1980s, as hotel-attached dance clubs. However, the clubbing scene mushroomed in 1990s, with numerous open-air clubs opening along the Budva sea promenade. This trend continued into the 2000s, with Old Town and its promenade hosting a large number of bars, pubs and restaurants, and two big clubs, Top Hill and Trocadero, dominating the clubbing scene.

Sveti Stefan is a small islet and 5-star hotel resort on the Adriatic coast of Montenegro, approximately 8 kilometers southeast of Budva. The resort, known commercially as Aman Sveti Stefan, includes part of the mainland, where the Villa Miločer part of the resort is located. An Adriatic playground for the rich and famous from the 1960s to the 1980s, the hotel is now a 5-star franchise hotel of the international group of Aman Resorts, completed in 2009 and operating under a 30-year lease. Formerly an island, Sveti Stefan is now connected to the mainland by a narrow isthmus. The resort in total contains 50 rooms, cottages and suites on the island and 8 grand suites at the Villa Miločer.

The history of Bar

Bar is located on the coastal western border of Montenegro on the shore of the Adriatic Sea. It is approximately 53 kilometres from Podgorica, the capital of Montenegro.To the east is the largest lake in the Balkans, Lake Skadar. To the west, across the sea, is Italy. Local archaeological findings date to the  Neolithic era. It is assumed that Bar was mentioned as the reconstructed Roman castle,  Antipargal, in the 6th century. The name Antibarium was quoted for the first time in the 10th century. The Old Olive of Mirovica is said to be one of the oldest olive trees in Europe and one of the oldest trees in the world. In 1957, it was placed under state protection. Numerous legends and traditions are associated with the tree. For instance, families that had a dispute would come to the tree to make peace. This explains its name, Mirovica, mir meaning peace.

The history of Ulcinj

Ulcinj is a famous destination for tourists, because of its Long Beach, Lake Šas, Ada Bojana Island and for its two-millennia-old Ulcinj Castle. Ulcinj is also the centre of the Albanian community in Montenegro. Ada Bojana is popular among foreign tourists from Western Europe for its peace and unique atmosphere. A large naturist campsite is located in Ada Bojana.

The history of Cetinje

Cetinje is a city and Old Royal Capital of Montenegro. It is also the historic and the secondary  capital of Montenegro, where the official residence of the President of Montenegro is located. Cetinje was founded in 1482, when Ivan Crnojević moved his capital from Obod above the Crnojević River to deeper into the hills to a more easily defended location in a field at the foot of Mount Lovćen. He had his court built at the new location that year and also founded a monastery (dedicated to the Mother of Christ) as a personal endowment in 1484.His court and the monastery are the first recorded renessaince buildings in Montenegro.

Njeguši is a village in the Cetinje Municipality of southern Montenegro, located on the slopes of Mount Lovćen, within the Lovćen national park. The village is best known as the birthplace of the Petrović dynasty, which ruled Montenegro from 1696 to 1918, as well as the Montenegrin office of the ''serdar'' and ''guvernadur'', held by the Radonjić family. The village is also significant for its well-preserved traditional folk architecture. Njeguški sir  and  Njeguški pršut (local forms of cheese and prosciutto respectively), made solely in area around Njeguši, are genuine contributions to Montenegrin cuisine.

The history of Podgorica

Podgorica the capital and largest city of Montenegro. Podgorica's favourable position at the confluence of the Ribnica and Morača rivers and the meeting point of the fertile Zeta Plain and Bjelopavlići Valley has encouraged settlement. The city is close to winter ski centres in the north and seaside resorts on the Adriatic Sea. Some three kilometres (1.9 miles) north-west of Podgorica(Titograd) lie the ruins of Roman-era Doclea, from which Roman Emperor Diocletian  hailed. In later centuries, Romans "corrected" the name to  Dioclea, guessing wrongly that an "i" had been lost in vulgar speech. "Duklja" is the later version of that word. When founded (before the 11th century), the town was called Birziminium. In the Middle Ages, it was known as Ribnica. The name Podgorica was used from 1326. From 1946 to 1992, the city was named Titograd in honour of Josip Broz Tito, the former President of Yugoslavia.

The national park encompasses the central and the highest part of the mountain massif and covers an area of 62.20 km². It was proclaimed a national park in 1952. Besides Lovćen's natural beauties, the rich historical, cultural and architectural heritage of the area are protected by the national park. The area has numerous elements of national construction. The old houses and village guvna are authentic as well as the cottages in katuns, summer settlements of cattlebreeders. A particular architectural relic worth mentioning is the road, winding uphill from Kotor to the village of Njeguši, the birthplace of Montenegro's royal family, the House of Petrović.

Lake Skadar — also called Lake Scutari, Lake Shkodër and Lake Shkodra — lies on the border of Albania and Montenegro, the largest lake in the Southern Europe. It is named after the city of Shkodër in northern Albania. It is a karst lake. The Lake Skadar system is a well-known hotspot of freshwater biodiversity and harbors a highly diverse mollusc fauna.Lake Skadar is one of the largest bird reserves in Europe, having 280 bird species, among which are some of the last pelicans in Europe, and thus popular with birders. The lake also contains habitats of seagulls and herons. It is abundant in fish, especially in carp, bleak and eel. Of the 34 native fish species, 7 are endemic to Lake Skadar.

The National Park is 54 km² in area. Basic elements of the Park are: untouched forest, large mountain slopes and tops over 2,000 meters high, six glacial lakes, five at an altitude of 1,820 meters and one easy accessible low land lake located at the very entrance to the park, Biogradsko Lake. Swift streams cut through scenery of Biogradska Gora, green pastures and clear lakes reflecting centennial forests.

The Durmitor is a massif that gave its name to a national park in northwestern Montenegro. The highest peak, Bobotov Kuk, reaches a height of 2,523 meters. The massif is limited by the Tara River Canyon on the north, the Piva River Canyon on the west, and by the Komarnica River Canyon on the south. The Durmitor mountain range is for the most part located in Žabljak municipality. The Durmitor National Park, created in 1952, includes the massif of Durmitor, the canyons of Tara, Sušica and Draga rivers and the higher part of the canyon plateau Komarnica, covering the area of 390 km². It was inscribed on the list of UNESCO World Heritage Sites in 1980. 80 kilometers long and 1,300 meters deep, the Tara River Canyon in the Durmitor National Park is the second largest in the world, after the Grand Canyon. One of the most prominent attraction of Durmitor mountain are 18 glacial lakes, best known being Black Lake.